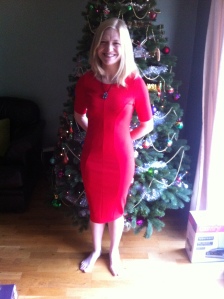 Well, it’s been quite the year and quite the journey with it! I think I’ve grown more this year than I have any other before, and learned so much about who I am and what makes me happy.

The biggest lesson I’ve taken from 2014 is to embrace how very unpredictable life is. I started this year absolutely miserable,  no matter how much I tried to make myself smile. But I went in determined to be strong and re-build, and I’m ending 2014 happier than I’ve ever been in my life. I’ve been on adventures I really didn’t see coming, including finally seeing Venice, the place I have dreamed of since I was about 8 years old! For the first time, my life is filled only with people who make me happy and I’m treasuring every moment. The lesson here is, no matter how bad things may seem in the moment, they are all part of your journey and you will come back bigger and happier than ever before. There’s an old saying “what doesn’t kill us makes us stronger”… It’s a clich’e for a reason!

My proudest general achievement this year is achieving my goal to travel, which I’ve managed to secure through hard work, careful planning and determination, but none of it would have been possible without the support and encouragement of my parents, to whom I will always be grateful. It started off very ambitious, with the intention of being gone a good year and a half! As my life changed here, so too did my plan for next year. I will now be gone 5 months, returning the middle of July, which means I will be present for the next Feas Pudn contest after all! Watch out villagers… 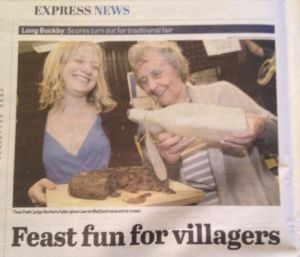 That moves me nicely into my proudest Food Achievement of the year! I took on a few challenges this year, including making Chocolate Bombes for my Dad, Bailey’s Fudge for Christmas and not forgetting the Fish Gutting experience. But I would have to say, I’m most proud of the Feas Pudn me and my Grandma made together! It may not have won, but the fun was in making it and the memories I made in the whole process. I had never entered a baking competition before, but would be keen to do so again just for that playfully competitive feeling of everyone coming together! 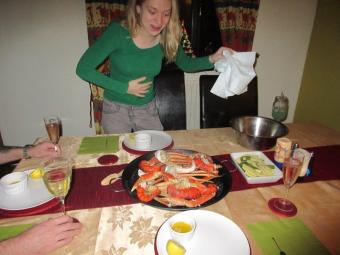 With no hesitation, the best meal I’ve had this year is the Snow Crab legs my Mum cooked on Boxing Day. I’m still awed by the fact that she even managed to get them, but to top it all they were cooked perfectly, tasted absolutely delicious, and brought with them happy memories of family holidays in the USA. 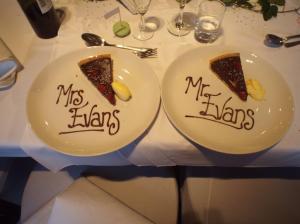 My happiest memory of 2014 has to be my sister’s marriage to Iain on 10th May. All I could do all day was smile! Everyone was beautiful! Everyone was happy! And although Iain has been a member of the family for a long time and I’d been referring to him as my Brother-in-Law for a good year or two before the wedding, it was nice to make it official! 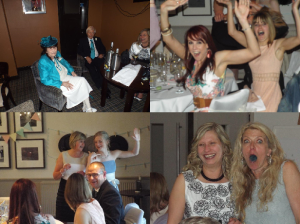 Food Wise: Dumplings.
A bit of an odd one, I know. Basically, I was recently in London with my Mum and Sister where we visited the Japan Centre. Outside, they were selling freshly steamed dumplings almost as big as my head! We had just enjoyed an enormous lunch at Bubba Gump’s, so I wasn’t inclined to buy one at the time, but a few days later I had a dumpling craving that I just couldn’t shake. I browsed the internet and found lots of lovely, varying dumpling filling and presentation ideas but was curious not to manage to find any that told you how to make the dumpling dough from scratch! Naturally, I am now dying to know how this is done! So, my aim for 2014 is to learn how to make dumplings… From scratch!

Life Wise:
Hummm that’s a tricky one. In the past, rather than a New Year’s Resolution I’ve chosen a theme song (such as 2010’s The Dog Days Are Over by Florence & The Machine) or, I’ve chosen a fun/silly aim, like butting in with my glass every time I see people cheersing their drinks and announcing “to Lauren!”
But this year, I’m going to take from the lessons I’ve learned in 2014, so vow to keep an open mind in 2015. Something that may sound easy, but I’m prone to being a bit of a planner! So, what I mean is, in 2015 I will be travelling for 5 months and when I return I will move back to London where I’ll work with a charity, ideally in Events Fundraising.
OR WILL I??
I vow that I will remain open to whatever challenges and opportunities are thrown my way, whatever they may be.

Well, that concludes my last ramble of 2014!

May you gain from every moment!